By Lisa Lowdermilk on November 4, 2018 in Research, writing, & publishing tips

Since my discussion on the “argument to logic” fallacy wound up being more detailed than I’d anticipated, I decided to write another post on other fallacies, specifically the “appeal to authority” and the “either/or” fallacies. Hopefully, these blog posts will get you thinking about how you can avoid fallacious thinking in your own writing. 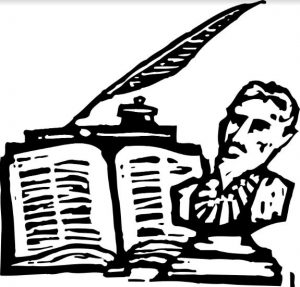 Appeal to authority: According to Glen Whitman at California State University Northridge, “This fallacy occurs when someone tries to demonstrate the truth of a proposition by citing some person who agrees, even though that person may have no expertise in the given area.”1 Let’s say you work for a library, and you propose a display to highlight a specific social issue. Your coworker objects, saying she recently had a conversation with her neighbor about that issue, and she’s certain her neighbor would find the display content offensive. By appealing to her neighbor–who, in this case, has no relevant expertise–your coworker has committed the appeal to authority fallacy.

To counter your coworker’s argument, you explain that the display should be allowed because the ALA Code of Ethics states, “We uphold the principles of intellectual freedom and resist all efforts to censor library resources.”2 Simply put, then, you argue that since the ALA Code of Ethics denounces censorship, the display should be allowed. Furthermore, the ALA is a relevant authority in this case, since the display is for a library.

Even with a relevant authority supporting your position, however, your coworker still may not be satisfied with this explanation. If so, consider asking deeper questions. For instance, does the display have educational and/or cultural merit? Is its primary purpose to educate or to shock? When answering these questions, use information that is as objective as possible to support your claim.

Either/or: According to Purdue University’s Online Writing Lab, the either/or fallacy “oversimplifies the argument by reducing it to only two sides or choices.”3 Using our example above, we can see that it’s very easy to commit the “either/of fallacy” if you see your options as follows: “Either we can uphold the ALA Code of Ethics by allowing a display with potentially offensive content, or we can censor the display and go against the Code of Ethics.”

With such fallacious logic, it’s easy to dismiss the notion of a third option (i.e., include a display that shares the same information in a less offensive manner). Additionally, there’s a difference between allowing patrons to check out materials that contain questionable content, and having a potentially offensive display at the front of the library (which patrons can’t help but notice as they walk by).

In short, then, be aware that even if you’re appealing to a relevant authority, it’s still possible to cave in to fallacious logic. To avoid doing so, remember to keep an open mind, ask deep questions that get to the heart of the issue, and proceed as objectively as possible.

Avoiding logical fallacies in your writing: “Argument to logic”
Why your manuscript was rejected