By Lisa Lowdermilk on August 10, 2018 in Research, writing, & publishing tips 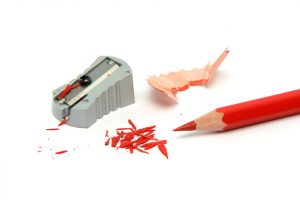 My time with the wiki has taught me many valuable things, including the fact that I—as an American writer—have been using “that” and “which” erroneously. If you—like me—are in the habit of using the word that “sounds right,” rather than referring to your style guide, read on! This post may just have a tidbit or two of new information for you.

Cake, which is a very tasty dessert, is in the kitchen.

The cake that is covered in yellow frosting is in the kitchen.

Part of the reason why “that” and “which” are frequently used interchangeably is because, in British English, it’s acceptable to use “which” with restrictive clauses4:

Playgrounds which have tire swings are popular with elementary school students.

With American English, though, it’s considered best practice to set “which” off with commas and omit commas when using the word “that.” Because the wiki uses American English, you may notice that our posts adhere to this formula.

I hope this post has been helpful! The finer nuances of English can be deceptively difficult. When in doubt, review The Chicago Manual of Style, and be mindful of your specific audience (American-English speakers, British-English speakers, etc.).